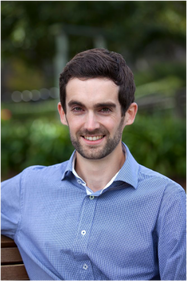 Christopher Roache is a Melbourne based tenor and countertenor, working both as a freelance singer and singing teacher.  Completing his Bachelor of Music with honours at The University of Melbourne in 2009 and a Graduate Diploma of Education in 2010, he has since spent 2 years singing in the UK, with one year as both an alto and tenor choral scholar at Wells Cathedral, as well as singing with a number of renowned choirs in London and Oxford.


Christopher is currently working as a voice tutor at Trinity College, The University of Melbourne.  Christopher is also singing as a tenor with the Trinity College Choir and at St James Old Cathedral, Melbourne.  He recently performed the countertenor role of Arcetro in the Woodend Winter Art Festival's performance of the opera 'Euridice' by Jacopo Peri.  Christopher also sings regularly with The Consort of Melbourne and The Australian Chamber Choir, as well as just recently singing as a soloist with the Melbourne Symphony Orchestra in a recent concert with Ben Folds.